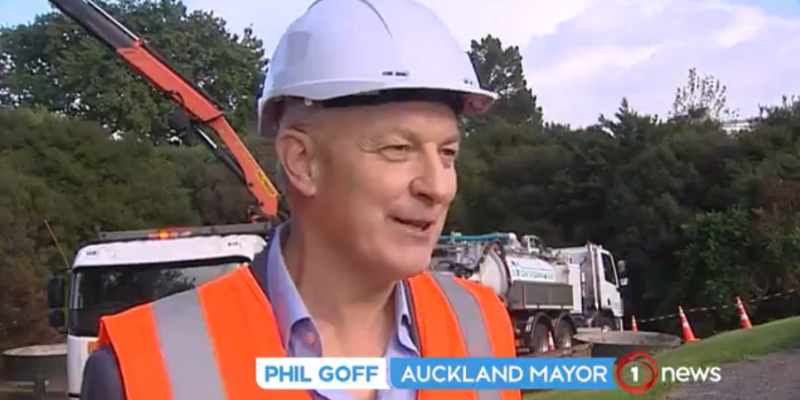 We cleaned a CDS unit in East Tamaki and we were honored enough to have the Right Honorable Mayor Phil Geoff come and see what we were doing. It was also on TV1 which gave many of our crew their first TV debut.

“The Auckland stormwater treatment system collects roughly 5000 tonnes of plastic waste each year, but plenty of other plastic makes its way straight into the coasts surrounding the city. To help combat that, the council wants to upgrade every major storm pipe in Auckland.

“It’s going to cost millions of dollars because we are going to have to retrofit the system so that every storm water pipe filters out the sort of storm water rubbish we have seen today,” Mr Goff said.”

Challenge to the city

Our challenge to you this month is to pick up a piece of rubbish every day, even if it is not yours!